A metal detector is an instrument that detects any kind of metal around. Using them, metals found in the ground and other hidden objects are easily noticed. The metal detector has a handled most of the time with a sensor which may be passed on the ground or other material. The presence of a metal is marked by a change in the tone of the earphones. The closer the metal the higher the earphones tone and this tonal variation can tell the distance from where the metal could be found. There is another type of metal detector that you just walk through it. This kind of metal detector is used for security screening at some places like in the airports and courts to detect any kind forbidden weapons that might be carried by people. 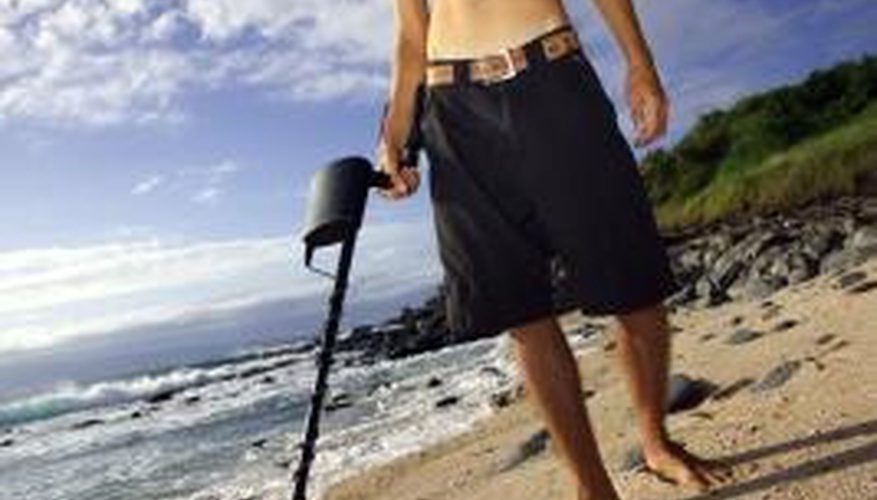 What do metal detectors consist

A simple metal detector is made up an oscillator that generates alternating current. The current passes via a coil and releases magnetic field.

A metal detector was first constructed in the 196os whose work by then was mineral prospection and other uses in the industry. The uses it carried out were as follows;

How metal detectors were adopted for security screening.

Following increased cases of the hijack of its aircraft, the United States adopted the technology of screening the airline passengers in 1972.

It is the most important part of the metal detector which sends magnetic field underground to magnetize the metal objects which makes the objects to be detected by the recipient. Two types of coil technology are used and they include;

These metal detectors are less common. They are used for detection in the deep field and deep waters. Normal they don't detect small pieces of gold and other ground interference. This makes them he used mainly in the soils that have a high content of minerals as the detector cannot be confused by the extraneous metals easily

How deep a metal detector can search is depended on the search coil diameter. A large coil leads to a great field being detected and a small coil will result to small field detection. Again the size of the coil will determine the size of the object that is detected. With a large coil, it easily misses small metal pieces. But on the hand, small coil is very effective in detecting fragments of debris and small pieces of metal. Large coils can detect very well large metals.

It is used to identify the metal object which has been identified. it leaves the operator with the decision of dig the metal detected or not. Target identification is made up of the following categories of identity; dimes, quarters and a half dollars to identify copper pennies, iron, foil, nickel and other items which are similar. In some detectors, this feature is programmed to detect specific objects or metals.

A certain number at metal detectors produce varying tones of sound as per to the metal that has been detected. An example is like those objects that are composed of iron, nickel, and full produces low sounds and screw caps results to the emission of medium sound. But objects consisting of gold produce high sound.

You find some metal detector that works more than one mode, the common modes are;

Here there is the detection of all metals. if offers the greatest detection ability.

In this mode, most trash items are rejected automatically.

The metal detector produces different sounds for different metals and objects. Like broken tone for the presence of pull-tabs and this makes it easy to search for treasures.

This involves the aligning of any detected objects according to the center or search coil distance. with this mode, the operator can accurately locate the targeted object easily.

How to Use a Metal Detector to Uncover Hidden Bounty

Like in schools in the past violence have been recorded involving knives and guns. But since the introduction of metal detectors at the main entrances, there has been a reduction in weapons among students hence decreased violence in these institutions.

In schools and colleges, the gang activities of students have been the cause of carrying weapons in schools for to bully others. With the metal detectors in place, these weapons are detected and taken this ensures there is conducive learning environment in schools.

The experience of tardiness

Metal detectors are used every place a large crowd by the guards who do through screening hence ensuring the people are as safe as possible.

It is expensive to acquire and maintain a metal detector. It may sometimes require trained personnel to handle it.

Metal detectors are the course that is to be embraced to ensure security all the time.

Login to quote this blog

You cannot quote because this article is private.